NHRIs should not face reprisals for engaging with the UN, treaty body finds

A landmark decision by the United Nations Human Rights Committee has reaffirmed the right of national human rights institutions to share information freely with the UN without reprisal.

It is the first communication filed with a UN treaty body on behalf of former members of a national human rights institution.

In 2014, the five members of the HRCM were prosecuted by the Supreme Court of the Maldives following a report by the HRCM to the second Universal Periodic Review of the Maldives by the Human Rights Council.

As well as drawing attention to a number of serious human rights issues, the HRCM’s report questioned the independence, transparency, impartiality, competence, consistency and accessibility of the judiciary of the Maldives.

The Commission also requested the Government to implement the recommendations of the UN Special Rapporteur on the Independence of Judges and Lawyers; codify and harmonize Sharia law and common law in accordance with the Constitution; and enact laws to increase the consistency of domestic jurisprudence.

Following the publication of the report, the Supreme Court initiated suo motu proceedings against the HRCM members and, in June 2015, ruled that the HRCM’s report was unlawful, biased and undermined judicial independence.

The Court also ordered the HRCM to follow an 11-point set of guidelines, which were designed to restrict the HRCM’s work and its ability to communicate with the UN.

At that time, GANHRI, the APF and partners from the UN and civil society mobilised in support of the HRCM, expressing serious concern at the attack on the independence of the national human rights institution and the reprisals against its members.

In their communication, Ahmed Tholal and Jeehan Mahmood stated that these actions violated their rights under article 19 of the International Covenant on Civil and Political Rights. They sought a ruling from the Committee so the HRCM’s right to freely communicate with international human rights mechanisms would be firmly preserved in law and practice.

In its report, the Human Rights Committee found that “the actions of the Supreme Court violated not only the rights of the Commission but also the authors’ own rights as individuals”.

The Committee also observed that “independent national human rights institutions, in order to fulfill their duty to promote and protect human rights, must have the freedom to responsibly comment in good faith on the compliance of governments with human rights principles and obligations”. 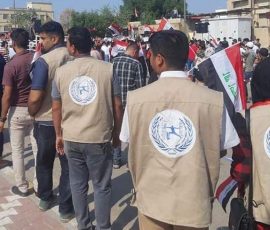