Geneva, 5 April 2022 – The Congress of Guatemala has initiated the selection and appointment process for the next Ombudsperson (Procurador) for Human Rights, for the period 2022-2027. GANHRI Chairperson Maryam Al Attiyah has addressed letters to relevant authorities, recalling the international standards in place to ensure the independence and effectiveness of national human rights institutions.

In accordance with Article 273 of the Constitution of Guatemala and Article 10 of the Law on the Ombudsperson for Human Rights, the Procurador is elected by a two-thirds (2/3) majority vote of Congress from amongst three candidates proposed by the Commission on Human Rights of Congress.

It appears however that the application of the ordinary legal framework and the legal deadlines governing the selection and appointment process has recently been challenged by members of the Human Rights Commission. It further appears that whilst a call for candidates was publicly issued, the criteria based on which applications from candidates would be assessed have not been pre-determined ahead of the public call, and it is also unclear as of yet how civil society will participate in the selection process.

The Procuraduria de los Derechos Humanos (PDH) is Guatemala’s national human rights institution and as such has a central and critical role in protecting and promoting rights of all people in Guatemala. It is an active member of GANHRI and currently enjoys A status accreditation, the highest grade of accreditation, certifying its independence and full compliance with the United Nations Paris Principles.

In the letters addressed to the President of the Congress and the Chair of the Congress Human Rights Commission, the GANHRI Chairperson recalled that the United Nations Paris Principles and General Observation 1.8 on “Selection and appointment of the decision-making body of NHRIs” require that the selection and appointment for members of the NHRI’s decision-making body be clear, transparent and participatory.

The process must include requirements to:

“This is essential in ensuring the independence of, and public confidence in, the senior leadership of an NHRI” said GANHRI Chairperson Maryam Al Attiyah as she addressed the President of Congress and the Chairperson of the Congress Human Rights Commission.

The letters also recall the recommendations made back in 2018 by the GANHRI Sub Committee on Accreditation (SCA), during the last accreditation review of the PDH by reference to the UN Paris Principles. The SCA then noted that “the selection and appointment process contained in the Law is not sufficiently broad and transparent in that it does not require the advertisement of vacancies; and specify the process for achieving broad consultation and/or participation in the application, screening, selection and appointment process ». With respect to the involvement of civil society in the parliamentary process for selecting the Procurador, the SCA noted « that this involvement should be direct rather than through members of parliament. This could be achieved, for example by directly soliciting proposals from civil society, or allowing civil society to directly participate in the evaluation process.

“Guatemala is undergoing a critically important process. Together with our partners at the UN Human Rights Office and the broader UN system we remain available to offer national authorities advice and support, to help ensure the process reflects international standards“ concluded Chairperson Al Attiyah. 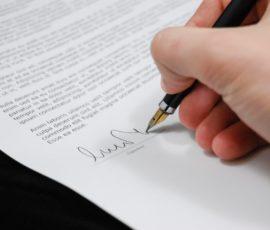 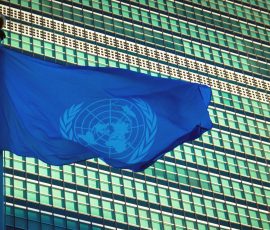