NHRIs – UNHCR key partnership in preventing and responding to statelessness

On 8th of December 2022, GANHRI and the United Nations High-Commissioner for Refugees (UNHCR), jointly hosted a virtual roundtable on the importance of the right to a nationality for the enjoyment of other human rights and the role of NHRIs in addressing statelessness.

Organised with the priority of further developing the cooperation between national human rights institutions (NHRIs) and UNHCR and to concurrently draw from the existing Guidance on UNHCR’s Engagement with NHRIs, the event gathered more than 50 participants from NHRIs and UNHCR staff from around the world and saw the participation of high-level speakers.

During the opening remarks, Gillian Triggs, Assistant High Commissioner for Protection with UNHCR, acknowledged the urgent need to ensure that everyone has an identity and the importance of increasing cooperation between NHRIs and UNHCR.

Amina Bouayach GANHRI Secretary and President of the NHRI of Morocco, reminded participants that the experience, plurality, authority and independence of NHRIs give them a privileged position to positively influence their governments in favor of people in need of international protection, including on issues related to statelessness.

Kelleen Corrigan, Senior Legal Officer and Anne Laakko, Senior Statelessness Officer at the UNHCR, gave an overview of GANHRI and UNHCR joint work and provided an in-depth introduction to

statelessness including solutions to prevent and resolve statelessness, and the commitments and political will to do so.

Three cases studies of successful collaboration between NHRIs and UNHCR were also presented during the event.

Mr. Moussa Sidibe from NHRI of Mali intervened highlighting the key role of UNHCR in facilitating discussions, training and workshops for the NHRI to improve overall ability to tackle statelessness issues.

Vanessa Martinez Tobon from the Colombian NHRI, spoke about how UNHCR has collaborated in administering a human rights approach to manage inflowing refugees from Venezuela and registration of Colombian-born children of Venezuelan parents.

The virtual roundtable was concluded with GANHRIs commitment to continuing strong and effective partnership with UNHCR in support of the important work NHRIs do at national and local levels in support of refugees, displaced and stateless people. 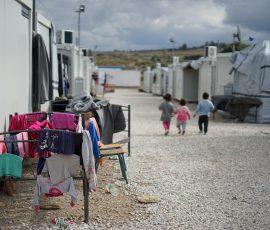 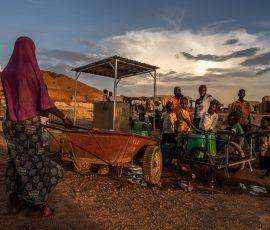 People on the move