Geneva, 18 March 2022 – A legal complaint has been filed against a Commissioner of the Iraqi High Commission for Human Rights (IHCHR) – Iraq’s national human rights institution – following investigations into allegations of torture of detainees as part of the IHCHR’s human rights protection mandate.

The case has been filed by the Secretariat of the Council of Ministers of Iraq against Dr Ali Akram al-Bayati, a former IHCHR Commissioner, for comments he made to the media in December 2020 in his capacity as Commissioner regarding IHCHR’s work on investigating into torture in Iraq.

This included a statement that Iraq’s Anti-Corruption Committee had denied the IHCHR access to monitor places of detention.

The case now put forward against former Commissioner al-Bayati alleges that these comments were defamatory in nature and constitute a breach of article 434 of the Iraqi Penal Code, which carries a maximum penalty of one year imprisonment.

GANHRI and APF are deeply concerned by this development which appears to be an attack on the IHCHR by seeking to silence one of its commissioners, who has taken a strong public position investigating into, documenting and speaking out against torture in Iraq.

In a joint letter addressed to Iraq’s President and other high-level authorities, GANHRI Chairperson Maryam Al Attiyah and APF Chairperson Rosalind Croucher have expressed their concern and urged authorities to respect the immunity of former Commissioner al-Bayati.

The United Nations Paris Principles require that members and staff of an NHRI are protected from both criminal and civil liability for acts undertaken in good faith in their official capacity.

Such protections serve to enhance the NHRI’s ability to engage in critical analysis and commentary on human rights issues and safeguard the independence of senior leadership.

It is essential that such immunity operate to protect NHRI leadership in the context of legal proceedings that are commenced after the conclusion of their term of appointment.

Article 16(4) of the 2008 Amended Law on the IHCHR implements this aspect of the Paris Principles in Iraqi domestic law, by providing immunity for members of the Board of Commissioners.

However, it appears that the Al Resafa Investigative Court in Baghdad has refused to accept the immunity of Dr Al-Bayati and is proceeding to investigate alleged breaches of the Iraqi Penal Code despite the immunity provisions in the Amended Law on the IHCHR.

“Authorities must take urgent and necessary action to respect and protect the immunity of Dr Al-Bayati under Iraqi Law and the Paris Principles and protect the IHCHR from any reprisals for exercising its human rights mandate” stressed GANHRI Chairperson Al-Attiyah.

Without the respect for this immunity under Iraqi law, IHCHR will be unable to operate independently and freely address public opinion on key human rights challenges facing the people of Iraq.

In 2021, the IHCHR was upgraded to an ‘A-Status’-accredited NHRI by GANHRI with reference to the UN Paris Principles. This shift was a recognition of its high standard of performance and also a reflection of the commitment from the Government of Iraq to allow the IHCHR to operate independently.

The legal proceedings against Dr Al-Bayati compromise this position and may place Iraq’s IHCHR’s international accreditation at risk. 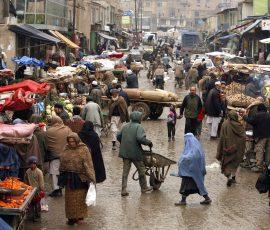 Support to NHRIs under threat