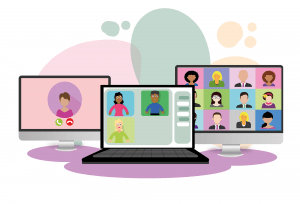 More than 150 participants from NHRIs and partners from across the globe met from 8-10 March 2022 for the 2022 GANHRI Annual Meeting.

The GANHRI Annual Meeting, included the GANHRI 16-member Bureau meeting, the General Assembly and an interactive Knowledge Exchange of good practices on NHRIs in the digital era.

Amidst violent conflict and crisis, Chairperson Camargo Assis invited NHRIs of Ukraine and of Afghanistan to address GANHRI members at the opening of the General Assembly. GANHRI members from all regions expressed their solidarity and support to both institutions.

GANHRI members elected as their new Chairperson Maryam Abdullah Al Attiya of Qatar and as their new Secretary Amina Bouayach of Morocco. The General Assembly also ratified and renewed Bureau members from the European region.

The meeting also received a progress report from GANHRI’s Geneva-based Head Office highlighting achievements and practical support GANHRI provided to respond to the needs and priorities of GANHRI members around the globe.

The meeting also discussed cases of intimidation and reprisals against NHRIs.

COVID-19 remained a strong theme in this year’s Knowledge Exchange, as it has been for the past two years, highlighting the key role that NHRIs continue to play in defending human rights throughout the global pandemic.

The Knowledge Exchange discussed experiences of NHRIs being users of technologies as they implement their human rights mandate.

In response to broad restrictions imposed by the pandemic, NHRIs have increasingly turned to digital technologies to implement their mandate, including for monitoring, documenting, reporting, human rights education, and complaints handling.

The Knowledge Exchange also discussed NHRIs’ critical role in protecting human rights in the digital sphere, including by monitoring civic space and freedoms online, and advising the state on legislative and policy regulatory frameworks.

To support NHRIs in their efforts to implement the 2018 Marrakech Declaration, GANHRI will soon launch the Global Action Plan on Civic Space and Human Rights Defenders. This will include developing guidance for NHRIs on monitoring civic space and freedoms online.

GANHRI thanks all members for their participation and engagement in the Annual Meeting. Many thanks also to OHCHR and UNOG for their logistical support in organising the meeting. 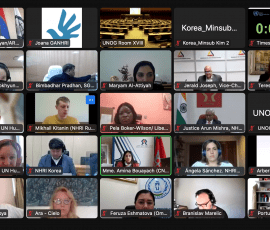