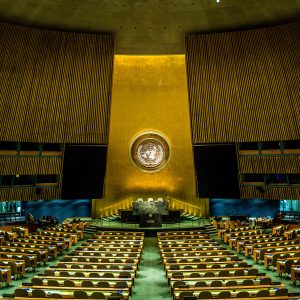 For the first time, a specific reference to the participation of NHRIs in meetings of the UN Economic and Social Council (ECOSOC), one of the six principal organs of the United Nations, is being made.

ECOSOC sits at the heart of the UN system and works to advance all dimensions of sustainable development. It serves as a central platform for global debates, coordinating efforts to achieve internationally agreed goals, and is responsible for follow up to major UN conferences and summits.

The resolution – led by Germany with the support of 88 co-sponsoring States from all regions – highlights the important contribution made by NHRIs to promote and protect human rights and fundamental freedoms.

It encourages all States to establish and strengthen independent and pluralistic NHRIs, in line with the Paris Principles, recognising the important role they play in assisting States to progress implementation of the Agenda 2030 for Sustainable Development.

In the resolution, States also reaffirm the vital contribution of NHRIs to uphold human rights during the ongoing global health emergency and pledge to bolster their support to NHRIs.

“NHRIs do invaluable work in all parts of the world. This also holds true for the response to COVID-19, as they are advocates for the most vulnerable persons,” said Germany’s Permanent Representative to the United Nations in New York, Antje Leendertse.

“They deserve our undivided support,” she added.

NHRIs are often referred to as being a “bridge” between the international and national human rights protection systems. The long-standing contribution of NHRIs to the work of UN bodies and mechanisms, including by sharing their independent human rights information and analysis, was recognised in the resolution.

“It is critically important that the UN and its mechanisms make meaningful space to receive and act upon the information that NHRIs and other domestic human rights actors can offer,” said GANHRI’s Geneva-based Representative Katharina Rose.

“This resolution’s call on ECOSOC – and on other UN mechanisms and processes – is a welcome step forward in building bridges with NHRIs and ensuring that the voices of those on the ground are heard across the UN system.”

Importantly, the resolution states that NHRIs should not face reprisals or intimidation for undertaking work in accordance with their mandate. It encourages States to take strong efforts to investigate and respond to cases of reprisals against NHRIs and those cooperating with them.

In holding their governments to their commitments under international human rights law, NHRIs and their leadership teams across all regions have experienced an increase in reprisals, including sustained criticism from political leaders, legal proceedings against NHRI members and cuts to their budgets, among other forms of threats and intimidation.

This issue has also been reported by the Assistant Secretary General Brands Kehris in her report to the Human Rights Council in September 2021 and is being addressed by GANHRI, in collaboration with regional NHRI networks and partners from the United Nations and civil society.

These challenges were highlighted in the Marrakech Declaration, adopted at GANHRI’s 13th International Conference in October 2018 on the theme of shrinking democratic space and human rights defenders, which the resolution noted, and which GANHRI is addressing in a Global Action Plan on human rights defenders and civic space.

“This resolution is a strong and renewed acknowledgement from the international community of the essential role played by independent NHRIs and the vital need to provide the support and protection they need to operate effectively,” Ms Rose said.

To date, 86 of 193 member states have established a Paris Principles compliant national human rights institution. Accelerated progress is required to guarantee that all states meet the NHRI indicator under Sustainable Goal 16 by 2030. 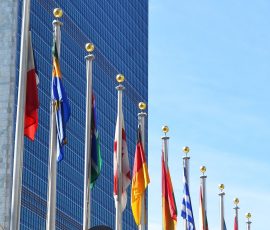